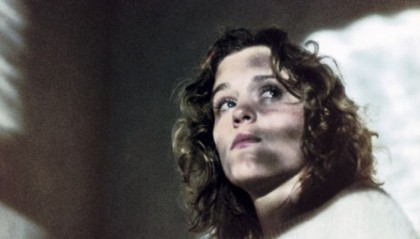 The Coen Brothers’ debut film Blood Simple leaves the audience speechless at its fade out. It sets the tone for a specific genre of Coen movies about ‘life getting ridiculously complicated for the silliest reasons’. As brilliantly articulated by J. K. Simmons’s character in the finale of Burn After Reading (another incarnation of the same Coen genre), ‘What did we learn here?’ echoes in our tickled minds. What did we just experience and why?

All we really know about the characters in Blood Simple is their motivation and very little else. Not much at all about how they met, what they are like, what kind of a childhood they might have had, how they feel about life and even each other. What we do know is the basics: the nature of their relationship with each other, what they want and what they don’t want. The first few scenes establish this simple information with economical grace, then the characters’ goals naturally fall into place and conflict alone drives the rest of the way to fade out.

This almost childlike simplicity of Blood Simple is what leaves us dumbfounded in the end. Seasoned viewers might say ‘but movies are supposed to establish backstory, deliver a message, and include several subtexts from which we learn something new about life; above all, movies are supposed to have depth and purpose!’ This is partially true; the more complex and furnished with substance and dimension movies are the more intrigued and satisfied we tend to be with the outcome. However, it is precisely its straightforward approach that reveals the movie’s essential mission and the source of its delight.

The genius of Blood Simple is in its non-hesitant way of only giving us the story’s bare essentials: motivation, conflict, goals, setbacks and resolution. In fact, if Blood Simple does only one thing well, it is to remind us that these five points are all you really need to tell a story. Contrary to all the complex storylines and character development found in many great movies, Blood Simple dares us to see stories for what they primarily are: vehicles for entertaining unusual situations from the points of view of interesting characters with specific desires and idiosyncrasies.

When we are able to go past the story’s seeming pointlessness, we arrive at quite a fundamental point the movie inadvertently makes about humanity. Blood Simple thrives on a primary fear that we all share: losing control. The characters are in the dark about what’s happening throughout the picture and they continually miss the pieces of the puzzle which would help them make sound decisions. It is in a sense a parody of what happens when you have no grasp of what’s going on and when you are stuck in a downward spiral of wrong information resulting in wrong decisions culminating in more ignorance and more stupidity.

An advanced version of this same hilariously annoying downward spiral is found in Fargo, where characters are painfully misinformed and acting foolishly. Along with other variations of this particular Coen genre such as Raising Arizona, The Big Lebowski, O Brother Where Art Thou and Burn After Reading, Blood Simple and Fargo draw from a rare combination of humor and tension born out of the fear of loss of control.

A prominent reason for Blood Simple’s appeal to the audience is its realistic persisting problem: killing ain’t easy. We relate to all four central characters who at some point in the story try to kill another. Killing turns out to be such a difficult ordeal that we instantly bond with the characters and their plight. They are all innocent and guilty at the same time in their own ways; they all honestly struggle for understandable reasons and as a result we root for them. The fact of their inability to foresee potential consequences of their actions makes them all the more loveable and real.

Similar to its successors, Blood Simple’s setting adds a crucial dimension to the story. The characters live in a town that feels abandoned by and disconnected from the rest of the world. It’s scarcely populated by people whose actions feel ineffectual in regards to everything and everybody else. It’s as if we are examining a cage in a zoo where improbable mishaps are common occurrence. Blood Simple’s setting has a twofold effect as it supports a sense of realism because it feels so common and bland, but at the same time it makes the ludicrousness of the action probable and even likely because of its strange and neglected atmosphere.

In the finale, Frances McDormand’s character Abby singlehandedly ends the vicious cycle of violence. She sheds her fear of having no grasp and control of what’s going on and surrenders her doubts about her ability to take charge. We are satisfied that she makes it through, but equally confused about how things have gotten so bad. And again, what did we learn here? Nothing really, but we did find ourselves in the shoes of four people who somehow made sense to us and we entertained a strange set of situations which demonstrated a delicious combination of tension and humor. Most importantly, we witnessed the first specimen of an irresistible genre of Coen movies we have since come to love.

— This article was originally published in Brattle Theatre Film Notes on January 8, 2016