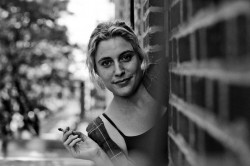 Steiner on Storytelling
Published by Selin Sevinç Bertero January 21, 2014 5:37 am

‘The Challenge of Rudolf Steiner’ is a two-part documentary on the life and work of Austrian visionary philosopher and ‘spiritual scientist’ Rudolf Steiner. Although Steiner’s work does not extend to storytelling in much detail, stories are integral to his philosophy.

Rudolf Steiner made invaluable contributions to a variety of fields from education to agriculture, philosophy to arts, medicine to religion. We can apply and benefit from Steiner’s many ideas and practices in whichever area of life we turn to. Storytelling is no exception!

As an example, Steiner’s method on biodynamic agriculture can teach us about the structure and flow of stories. Biodynamic farming recognizes the interrelatedness of all farming tasks, forever continuing in a cyclical cause-and-effect relationship. Similarly, a well-told story should organically fuse the equally important elements of storytelling to create a functioning and abundant structure.

Each scene, sequence and act should progressively compose an overarching plot, through which the protagonist works his way and eventually harvests a new equilibrium – a brand new fertile soil on which a new seed/journey can be planted/launched.

May be one day we will be blessed with a theory on the nature of stories and storytelling, based on Steiner’s anthroposophy. There we may find a fresh, straightforward, dynamic, encouraging and compassionate answer to: how to create a convincing protagonist who embarks on an original quest that merges out of a true dilemma, which is moving towards resolution through an indestructable story structure. Until then, most of us will continue to struggle through the meticulous and cold complexity of Robert McKee’s ‘STORY’.

Magic of Story was only born 10 days ago, but is already on its way into a brand new year. I am sure 2014 has a lot of gifts in store for all of us. I would like to add my contribution to the season of new year’s gifts and resolutions.

I recommend reading two books that I believe compliment each other wonderfully and would be a fantastic read for all storytellers and storylovers, writers and readers, students and enthusiasts of mythology, psychology, spirituality, history…….. This duo may be the eye-opening inspiration you’re looking for in 2014!

First is one of my inspirations for creating Magic of Story: Joseph Campbell’s ‘Myths to Live By’. Campbell talks about symbolic forms that support their civilizations. He says, in the absence of these symbolic forms we have uncertainty and disequilibrium; what we need is life-supporting illusions, without which ‘there is nothing secure to hold on to, no moral law, nothing firm.’

Dostoyevsky’s ‘The Dream of the Ridiculous Man’ perfectly represents Campbell’s notion of life-supporting illusions, where a dream -a perfect little story in itself- literally supports the life of its protagonist by giving him what we all want: a vision and a quest. This little story is not only a textbook demonstration of story structure and archetypes, but also proves Campbell’s idea that life withers in the absence of stories.

I wish for more of these artfully told life-supporting illusions for the new year.

The new year’s gift that I received this year is this website. Magic of Story is the fruit of the work of a few people, whom I’d like to thank here: David Dalla Venezia for giving me permission to feature his paintings, which, to me, beautifully represent the inner workings of the birth of stories; Layton Creative for the intuitively simple and sophisticated logo design; Sprinkler’s Nathan Shanahan for the web design and development and for his incredible patience in responding to my endless doubts and questions; Sprinkler’s Mary Cameron for her insightful editing; Can, Erol and Deniz for writing the first testimonials and my friends and family who contributed with their feedback and support.

Thank you all for your help and encouragement to realize this dream of mine. I hope 2014 will bring magic to all your endeavors.

The Magic of the War Within
Published by Selin Sevinç Bertero December 19, 2013 2:00 am

“We know that the wildest and most moving dramas are played not in the theatre but in the hearts of ordinary men and women who pass by without exciting attention, and who betray to the world nothing of the conflicts that rage within them except possibly by a nervous breakdown…

…What is so difficult for the layman to grasp is the fact that in most cases the patients themselves have no suspicion whatever of the internecine war raging in their unconscious. If we remember that there are many people who understand nothing at all about themselves, we shall be less surprised at the realization that there are also people who are utterly unaware of their actual conflicts.” – C. G. Jung

One of the most intriguing problems I have come across in reading screenplays is when the writer reveals the conflict of his story at the very end. Most of the screenplay would be filled with what we think to be conflicts in our daily lives, but none that has the power to shake our beings to our core. We come to a crossroads in our work or love life, we are torn between what would seem to an outsider two equally mundane choices… Frankly, who cares! Life is tough, we all face difficult choices every day. There is a reason why we call most of day-to-day life ‘ordinary’. Interestingly though, I don’t believe any of the protagonists of these ‘ordinary’ lives are themselves ordinary. So, there must be something else in there somewhere.

Reading other people’s stories sometimes makes me think: the writer of this ‘ordinary’ construct of imagination, meaning the true protagonist of his story, is buried under layers and layers of dull events and his heart is waiting impatiently to rear its head through the tiniest crack between the lines. Sometimes this glimpse of light is manifested in one sentence in a piece of dialogue, sometimes it is the author’s description of a look the character gives at a significant moment in the story, sometimes it is merely the wardrobe the writer has chosen for his character…

Often enough, any writer who is genuinely and passionately interested in creating a character and delivering a story through that character –but hasn’t quite mastered the skills to tell the story their heart truly desires to tell– has what you might call a Freudian slip somewhere in the story. Sadly, this may have nothing to do with the story told, but gives me the hope that the writer has something non-ordinary to tell!

When I catch a glimpse of these little cracks in a story, I am so inspired to say ‘but this, this is what you are really trying to tell, so why not tell me that story.’ Everyone who is drawn to telling stories has a deep down knowledge of how to tell them. But only if it is the story, they will succeed.

Why do these cracks or slips often appear toward the end of screenplays, typically in the very final scene? Perhaps the ‘true’ story has such an impact in the writer’s heart that it is easy to assume this force-of-nature-moment-in-disguise will only find its worth in the all-important finale. Or, may be that if the writer begins his ‘true’ story where he has finished his ‘ordinary’ story, he may be uncovering the roots of his Freudian slip. And who wants that?

I personally want that –in theory– for my own stories, but the practice keeps me at bay. It is certainly scary waters for most of us to dive into and takes a lot more than one may think to not drown in it. I do believe in this hidden gem in everyone who sits down to write and feel very strongly that only the writers who dig down deep enough will move across the threshold from being ‘ordinary’ writers to ‘true’ storytellers.

In creating ‘Magic of Story’ my aim is to help uncover these hidden gems and bring out the real stories, real characters, real moments with insight and inspiration. Here’s to the ‘internecine war raging in our unconscious’! May it shine through and light our way.