What Have You Done to Solange?: Tracing the imagery of violence and eroticism in our collective psyche
Published by Selin Sevinç Bertero October 9, 2017 6:25 pm 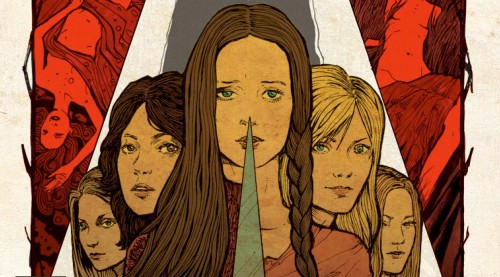 Massimo Dallamano’s What Have You Done to Solange? is a prime example of the 1970s giallo films where murder mystery often driven by sexual themes meets psychological horror. No wonder the popularity of gialli eventually gave birth to the American slasher movie: the core of this peculiar subgenre consists of gory violence powered by voyeuristic fascination and a basic whodunit plot shadowed by the gruesomeness of the central crime. ‘Solange’ showcases the elements of giallo in many ways and succeeds at expressing, and even exploiting, the societal obsession with sexual violence directed toward women.

‘Solange’s opening is a telltale sign that a sexually obscure series of crimes is about to unfold. An Italian teacher, Enrico Rosseni (Fabio Testi) and his high school student Elizabeth (Cristina Galbo) frolic on a boat when Elizabeth witnesses a crime where a man attacks a woman in the woods, penetrating the victim’s vagina with a knife. Unable to concentrate on fulfilling her companion’s erotic expectations, Elizabeth is met with accusations of making up excuses to avoid sexual intimacy. While assuring us of Enrico’s innocence of the crime for plot’s sake, this opening draws a suggestive parallel between young women’s romantic escapades and bloody violence rooted in sexual revenge. This proves to be an interesting combination, as the film goes on to explore young women being punished for sexual exploration, which eventually results in Solange’s (Camille Keaton) mental illness.

The association of female sexuality with brutal violence is a theme typical of gialli. In ‘Solange’ some of the murder sequences are shot from the point of view of the killer, putting us in the position of the mysterious man in the black gloves. Gialli are understandably accused of being ‘exploitation cinema’ as they provide voyeuristic access to women’s private lives and evoke identification with the experience of killing, which typically takes the form of punishment. While it’s easy to interpret the connection between women and violence in a film like ‘Solange’ as exploitation, it is also possible to see gialli as a reflection of the male psyche and an artistic expression of feelings of guilt and shame surrounding sex, an experience shared by men and women alike.

In ‘Solange’ young women are portrayed with a combination of sweet purity and bubbling, almost aggressive sexual curiosity. As Elizabeth and her friends transition into womanhood, they carry the essence of childhood along with an eagerness to transform into sexual beings. A pivotal scene in the film shows Solange being forced by her girlfriends to abort a pregnancy. They had shared a sexual adventure and now Solange has to pay for it with a painful, invasive procedure.

Somehow the abortion leads to Solange’s regression into an infantile mental state. Aside from the lack of logic in this—logic is not the strongest attribute of the genre—it is interesting that the punishment for an arguably premature experience of sexuality should be a return to infancy. It’s as if the film conveys a subconscious message here: if you do a deed out of step with your age, you might just entrap yourself in it. As Solange remains trapped in trauma-induced childhood innocence, her girlfriends go on to pay for their transgression by knives to their genitalia.

There is a sense in which the film speaks for the society’s intolerance for women’s sexual freedom. Despite the lascivious use of violent imagery to shock and entertain, ‘Solange’ displays undertones of our subconscious fear and guilt surrounding sex. The most striking example is the murder of Elizabeth. Because she remains a virgin, she escapes the usual knife-to-the-vagina penalty. Instead, she gets strangled naked in the bathtub, i.e. in her cleanest, purest form, as a red towel wraps around her legs giving the impression of blood gushing out from between her legs. Elizabeth is silenced for her testimony to the murder, but she is symbolically punished for her desire for Enrico, despite the fact that it never came to fruition. In ‘Solange’, women are not only subject to punishment for their actions but also for their desires. Coupled with the oppressive discipline of the school, tantalizing images of girls showering together peeked at through a hole in the glass, the film reflects on a so called ideal treatment of women and then shatters it mercilessly in an attempt to mirror our prejudices against women.

In the tradition of most gialli What Have You Done to Solange? suffers from incoherence in plot structure (Solange and her story only becomes central to the ongoing conflict in the last third of the film), lack of motivation for the protagonist to pursue the killer, awkward dialogue and unrealistic performances. But what it lacks in these domains it makes up for with its bold camerawork, slick production design, suggestive editing and artistic style.

No doubt the film succeeds in the realm of pulp horror pictures, but it is interesting to look more deeply into the genre’s popularity and interpret the sensational imagery of violence and eroticism, searching for its counterpart in our collective psyche.

— This article was originally published in Brattle Theatre Film Notes on September 26, 2017