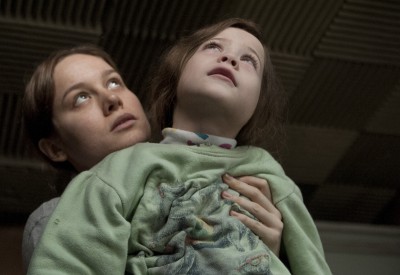 Since my Ex Machina beat sheet, I’ve found it hard to come across a screenplay captivating enough to deconstruct. I think Emma Donoghue’s Oscar nominated screenplay for Room (dir. Lenny Abrahamson) is a gem of a study of human psychology in the face of hardship. It reflects a child’s perspective on life so purely that I found its sincerity and simplicity contagious. Room stands as a hopeful sign for the possibility of making small-scale movies that touch on refreshingly grand ideas. Hermione Lee’s description of Penelope Fitzgerald’s stories fits nicely with Donoghue’s Room: “[it] inhabits a small space, but seems, magically, to reach out beyond it.”

I hope you enjoy my interpretation of the story beats for Room and let it inspire your writing. I use Blake Snyder’s beat sheet method as a guide for story structure and highly recommend his acclaimed Save the Cat! for further study.

Opening Image
As a boy and his mother wake up to a new day, we discover their little world in Room. Jack (Jacob Tremblay) greets their few belongings with childish vigor, ‘Morning lamp, morning rug, morning wardrobe…’

Theme Stated
As Jack and Ma (Brie Larson) eat their breakfast, Ma winces with toothache. She reminds concerned Jack, ‘Mind over matter.’ Jack chants their slogan: ‘If we don’t mind, it doesn’t matter.’ We get the sense that this is their survival strategy: we have the power to overcome our problems. Through their journey we will witness this battle of mind over matter – personal strength over circumstance.

Set up
Jack and Ma’s daily routine. Just like a regular mother and son, they eat breakfast, do activities, talk, take a bath, read stories and go to sleep, except they have to do all of this in a tiny space, clearly closed in for a long a time and resigned to the fact. We find out it’s Jack’s 5th birthday – a growing boy with growing needs and demands. With Old Nick’s (Sean Bridgers) visit, we are also introduced to their captor. Ma and Old Nick have a deal: he is not allowed to see or touch Jack in exchange for Ma’s full cooperation. Now we get a full picture of what life is like for Jack: what he knows and what he doesn’t know; how Ma is able to keep him deluded enough to live without too many difficult questions and occupied and active enough to give him something that resembles a regular childhood.

Catalyst
Jack encounters a mouse in Room – the first living visitor other than Old Nick. Suddenly the seed for a new set of questions is implanted in Jack’s imaginative yet purposefully restricted mind: Where does mouse live? Where does he come from and where will he go? Are there really other alive things in the world? Could the world be more than Room? Jack doesn’t yet ask these questions, but now there is tangible evidence of something other than the reality as he knows it. Ma distracts Jack’s train of thought, but she also begins to see that if Jack is able to question his reality he may be able to understand it too.

Debate
Is Jack old enough to understand and accept that there is an ‘outside’ and that’s where they should be? Will he believe Ma’s story about being captured and kept in Room and that the world isn’t just TV things but real things? Will he then be able to help Ma with an escape strategy? Ma uses mouse as a doorway to introduce the idea of ‘outside’ to Jack and, despite his initial resistance, Jack begins to understand what is real and what is not real, and that Old Nick needs to be tricked for them to regain their freedom and discover the world. When they are punished with a power cut in the middle of winter, Ma uses this opportunity to first fake an emergency sickness for Jack, so he can be taken into ER and deliver a message to save them, and when that fails she fakes Jack’s death, so he can be taken out of Room and then escape. Ma takes a huge risk by relying on a five-year-old’s ability to go out there and speak with people for the first time, but then again what have they got to lose?

Break into Two
Jack not only manages to escape from Old Nick’s truck but also raises enough suspicion outside for Old Nick to abandon him. He even gives sufficient information to the police to save Ma and they are soon happily reunited. A new life in the outside world awaits mother and son now.

B Story
Jack discovering the outside world and building relationships with people other than Ma is the B Story of the film. Jack’s bond with Ma also takes on a new form now that there is so much space and people between them. Jack slowly comes into his power to live the life he was supposed to live. What he learned from Ma now becomes his fuel to remind her that mind wins over matter.

Fun & Games
At first Jack and Ma enjoy their freedom in the outside world. Jack is not only in awe of his new surroundings, but also extremely timid to connect with anyone and anything other than his familiar Ma. Ma reunites with his parents and gets to go home. They seem to have all the protection and freedom in the world, but also a growing void between them now that the intimacy of Room is gone.

Midpoint
Ma’s father’s (William H. Macy) inability to acknowledge what happened to his daughter and accept Jack as a grandson is the first indicator that life outside is not going to be as easy for them as one might think. Ma seems to have only dreamed of getting out and wasn’t able to imagine anything beyond that. Now that they are out, she begins to realize that as far as the world sees it Jack is the son of a psychopath and the product of her suffering and abuse. If her dad can’t accept her and her misfortune, who will? How can she ever feel and be ‘normal’ again?

Bad Guys Close in
Grandpa, clearly unable to come to terms with what happened to his daughter, leaves. The family’s lawyer and the media put increasing pressure on them to act or give statements. It feels like Jack and Ma may not be in Room anymore, but they are still in confinement with much more complex problems. Realizing the years she lost and how she may never be able to have a normal life again, Ma grows more distant and unavailable to Jack. As the hole in Ma’s heart deepens, Jack opens up to his new world and the people in it. She projects her own frustrations on Jack and worries he’s not adjusting well when it’s really herself who is angry, fearful and haunted. Ma has a breakdown with her mother and ally Nancy (Joan Allen), blaming her for what happened. When she’s questioned at a TV interview about why she didn’t let go of her son earlier, in other words when she finds herself accused of being selfish, it is the final blow to her identity as a devoted mother and survivor.

All is Lost
Ma attempts suicide and is discovered by Jack. To Jack’s horror, Ma is taken away indefinitely. Her sudden disappearance from Jack’s life is a classic ‘whiff of death’ moment.

Dark Night of the Soul
Jack mourns Ma’s absence holding onto her bad tooth – ‘a bit of Ma’. He wisely observes: The world is so big and in a hurry. So Ma hurried to go to heaven, but forgot Jack. Jack gathers his superpowers to bring Ma back to him.

Break into Three
First act break happened because Ma ‘picked for both of them’ and made the decision to escape – a terrifying ordeal for Jack. Now, Jack tells Ma on the phone that he picks for both of them: Ma has to get better and come back to Jack.

Finale
As Jack patiently waits for Ma’s recovery, he begins doing normal things kids his age do like getting groceries and baking cupcakes with Grandma. He reveals the true essence of childhood while he expertly beats the eggs: Room was a good place for him, it stretched out infinitely and Ma was always there – a poignant revelation that children are blessed with a boundless imagination and resilience as long as they are loved. Now he returns this love and affection toward his mother by sending her ‘a bit of him’ – his hair that he calls his ‘strong’. Jack’s sacrifice brings Ma back and they are once again united. Ma admits she wasn’t a good enough Ma, but Jack is quick to remind her she is Ma and that’s what matters. Their world is now enlarged to include beaches and dogs and burgers. They are finally truly free to start life all over again.

Final Image
Upon Jack’s request, they return to Room. Mirroring the opening images, Jack says his goodbyes to their old belongings – what he formerly knew as the extent of life. Having finally escaped Room and its haunting grasp, they are now not only free, but also happy.