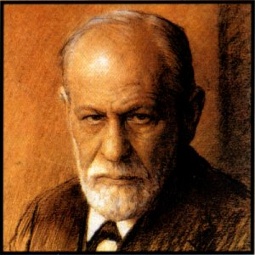 I recently discovered a very good example for an Act I Break that is worth sharing and discussing in a little detail. In the 50s, US director John Huston asked French writer-philosopher Jean-Paul Sartre to write a screenplay about the founding father of psychoanalysis, Sigmund Freud. Sartre’s first draft didn’t fully make it to the big screen, but the screenplay is published for us to enjoy as a piece of literature. ‘The Freud Scenario’ not only tells us an account of the birth of psychoanalysis, but also gives us a very relatable portrait of a human being mastering his own demons before bringing forth his contribution to the science of the psyche.

Sartre’s 380-something-page screenplay is by no means traditional in terms of its generosity with time and space for the characters and events to take shape. But, it certainly hits the right structural notes, which are delivered with meticulous care.

Following an unusually spread-out sequence where ‘The Call to Adventure’ (coined by Joseph Campbell) is established and an agonizing debate over taking on or refusing the challenge has ensued, Freud is faced with the antagonist of the story: Meynert. Meynert, the man who initially condemned Freud for following his inner voice, now prompts him to go ahead with his original plan: treating hysterical patients using hypnosis. Finally at page 138, off Freud goes on his quest to develop the ‘talking cure’.

The scene with Meynert is meaningful to me for several reasons. For one, I like the idea of a hero who gets a good kick in the butt from none other than the antagonist before going on his journey. The fact that the hero is dependent on antagonistic authority/father figures to make his decisions is important for establishing the hero’s pathology, the root from which his desires and ambitions stem in the first place and the reason for his eventual success. Who could be a better person to show one’s weakness -and his hidden strength- if not the bad guy! It is Meynert who obstructs Freud’s path, but it is also him who gives Freud the blessing to get back on it.

The scene also clarifies the goal of the hero: to know oneself. Meynert himself has failed in his lifetime to fight his own demons and is now dying in devastating ignorance. Thus this scene also shows us very clearly what would happen to the hero if he fails in his quest. The stakes are high: a life lived or a life lost.

Another interesting way in which the writer uses this scene is that the Shadow archetype turns into a Mentor archetype and sets up the new ‘bad guy’, which in this case is neurosis – the disease of the mind and the spirit. Meynert, as the Mentor, gives us the rules of the game: Freud has to delve into the muddy corners of his psyche and make a pact with the Devil if he wants to unearth and demolish what keeps him in darkness. This organic shift in archetype energies brings fresh momentum to Act II.

The importance of achieving the hero’s goal, the hero’s and the enemy’s characteristics that will make it a tough ride, the intensity of experience along the path to success and what it would mean to lose this battle are all settled in one stroke. Now we are ready to experience the Journey; we are aware of the stakes; we know the enemy and we have expectations about how the hero must now act. That’s what I call a good Act I Break.

Excerpt from ‘The Freud Scenario’:

Freud pulls his chair up close to Meynert.

MEYNERT Are you still searching for male hysterical patients?

At this reminder of the 1887 lecture and their quarrel, Freud frowns and shakes his head almost imperceptibly as a sign of denial. Meynert understands the sign.

MEYNERT Pity. I could have presented you with a fine specimen.

Freud dumbfounded and mistrustful, guesses beforehand the reply to the question he puts.

Meynert has recovered his bitter, ironical smile. He says with simplicity and almost with pride:

Freud does not reply. He looks at Meynert: on his face astonishment is mingled with a sudden, deep understanding – and, less clearly, with a certain satisfaction.

Meynert continues, with a kind of somber pride:

MEYNERT I knew the symptoms before Charcot; I learned about them the hard way – I had them all.

MEYNERT All. No one knew anything.

Freud speaks harshly: his resentment has not abated.

FREUD When you threw me out of your laboratory, you already knew that?

FREUD You called me a buffoon and a charlatan.

MEYNERT You know the story of Noah: a son mustn’t see his father’s nakedness.

He looks at him without tenderness and without regret. In a factual tone of voice:

MEYNERT You were my spiritual son.

Freud, in the same tone of voice, with an additional touch of sadness:

FREUD Yes. And you cursed me. You ruined my life. I was a scientist, not a doctor. Medicine disgusts me: I don’t like torturing people on the pretext that they’re ill. (A pause.) For six years I’ve carried out no research. I torture neurotic people I can’t cure.

MEYNERT One might just as well put a poultice on a wooden leg.

FREUD I know. And yet I prescribe nothing else.

MEYNERT At all events, it can’t do any harm.

FREUD Not even that. (A pause.) Who would you call the charlatan? The young man who sincerely believed in the virtues of hypnotism or the man of today, who prescribes a treatment he doesn’t believe in?

Meynert has closed his eyes and does not reply. Freud looks at him with growing anxiety. After a moment, he rises noiselessly to his feet and is about to go over to the patient. Meynert hears him and speaks without opening his eyes.

MEYNERT Sit down. I’m not asleep, I’m gathering my thoughts. I’m very weak. I have to talk to you. Don’t interrupt me.

He speaks at first with his eyes closed; in a moment, he will open them.

He opens his eyes and looks intently at Freud.

MEYNERT You belong to the fraternity, Freud. Or very nearly… I hated you, because you wanted to betray… I was wrong. (A pause.) My life has been nothing but play-acting. I’ve wasted my time hiding the truth. I was keeping quiet. Result: I’m dying with pride, but in ignorance.

MEYNERT A disciple of knowledge must know, mustn’t he? I don’t know who I am. It’s not I who has lived my life: it’s an Other.

He once more closes his eyes. Freud seems overwhelmed. He leans forward and timidly lays his hand upon the sick man’s pale hand, which is lying on the arm of his chair. Meynert reopens his eyes. He looks exhausted. But for the first time since the beginning of the film, he looks at Freud almost with affection. In a quicker, weaker voice:

MEYNERT Break the silence. Betray us. Find the secret. Expose it to the light of day, even if it means revealing your own. It’s necessary to dig deep down. Into the mud.

At these last words, Freud withdraws his hand and recoils somewhat.

MEYNERT Didn’t you know that?

FREUD (slowly) Into the mud? Yes, I know.

MEYNERT Does that frighten you?

MEYNERT So much the better. Angels don’t understand men.

Freud’s face has altered: he is still somber but his eyes are shining.

FREUD What if I weren’t capable…

MEYNERT If you’re not, no one will be.

A silence. He raises his voice slightly.

MEYNERT For six years you’ve been champing at the bit… Now charge: it’s in your character. Retreat before nothing. If your strength fails you, make a pact with the Devil.

More quietly, but with burning conviction:

MEYNERT It would be splendid to risk Hell so that everyone could live under the light of the Heaven.

He has half raised himself, his pillow slips down behind him. Freud rises and repositions the pillow. Meynert lets himself sink back.

MEYNERT For my part, I lost – through lack of courage. Your turn to play. Farewell.

He is breathing through his mouth. Very slight rattle. Weary, painful expression. His eyes are open and staring. He repeats very softly, as if to himself:

Freud looks at him for a moment, impassively. Meynert no longer seems aware of his presence. Freud stretches out his hand timidly. Touches the dying man’s pale hand with his fingertips, turns on his heel and leaves noiselessly.